This award honors companies with superior achievement among plastics processors.

A processor is defined as a manufacturer that forms finished plastics parts.  For a private or  public company or corporate operating division to qualify for the award, they must be engaged in North American plastics processing for at least the past five years.  Candidates were then evaluated on the following criteria by members of the Plastics News’ editorial staff:

The Plastics News article announcing the finalists’ states, “Environmental performance is Petoskey’s strongest category in the Processor of the Year hunt.  But judges also have high marks for financial performance and the other five categories.”

One customer reference remarked about Petoskey Plastics, “Everyone is very accessible, all the way to top management.”

Petoskey Plastics hosted Plastics News editor Donald Loepp and senior reporter Bill Bregar at their Hartford City, Indiana plant on January 11th for the final round of the Processor of the Year selection process to show the recycling lines and newest technology.  The winner will be announced on March 7th at the Plastics News Executive Forum in Naples, FL.

Plastics News is a weekly, 46,000-circulation trade newspaper delivering global news to a primarily North American market. Founded by Crain Communications Inc. in Akron, Ohio, in 1989, it covers the business of the global plastics industry.

Petoskey Plastics has facilities in Michigan, Indiana and Tennessee.  Learn more at www.petoskeyplastics.com. 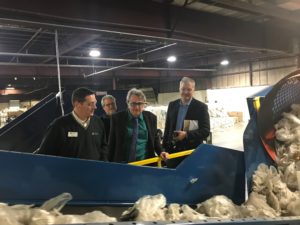 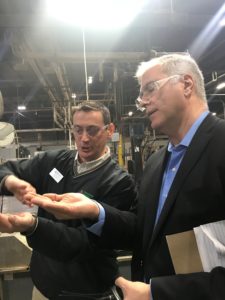 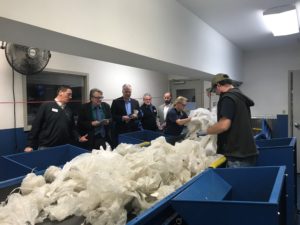